Skip to content
Get Free Shipping on all orders over $50.00!

Raise money easily for your cause with delicious kettlecorn flavors

Whether raising money for your school, team, organization, or church, it has never been easier to reach your goal. 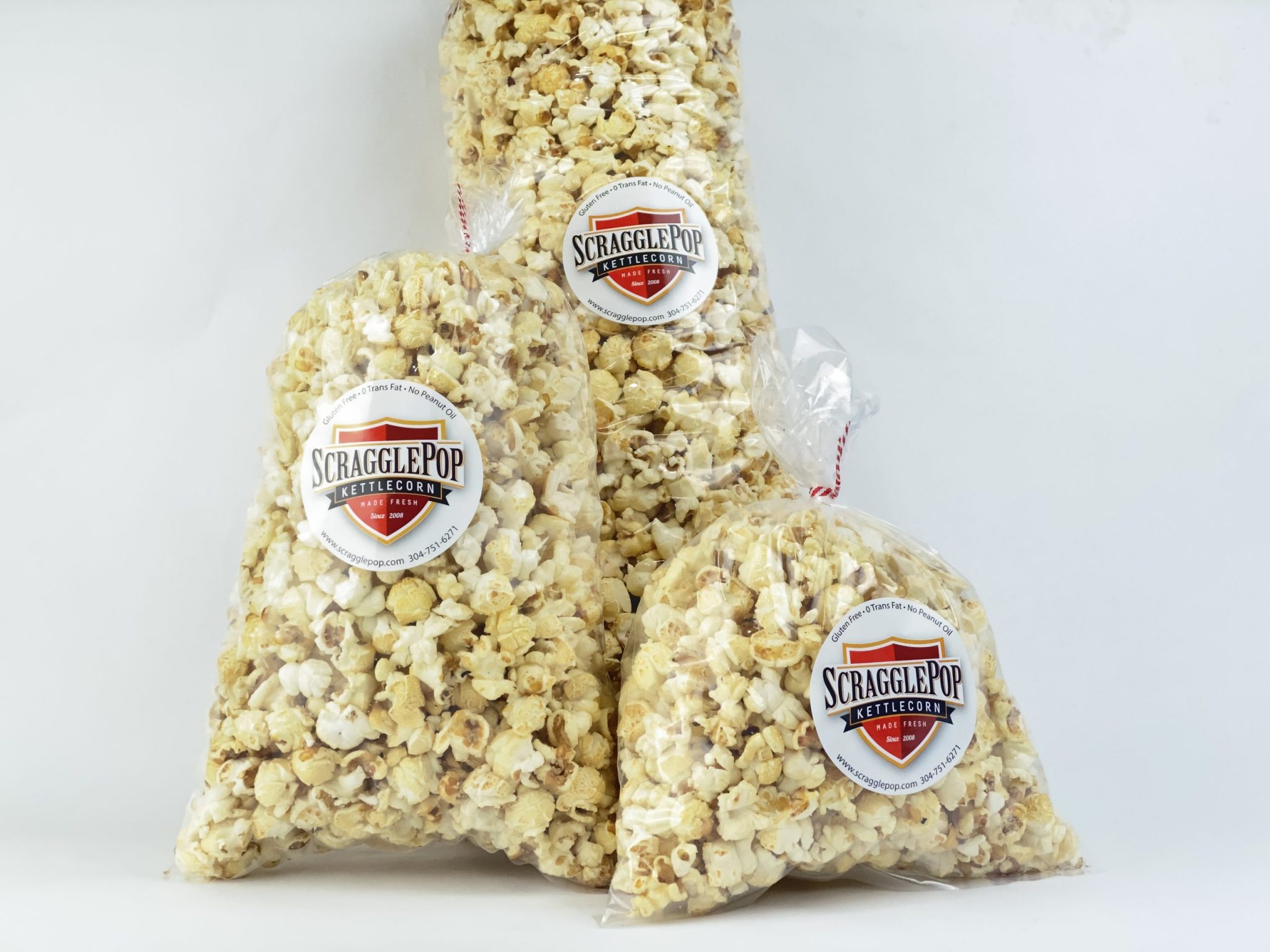 You receive 40% of every order with no minimums and no fees.

We give a portion of our profits back to organizations close to you.

Looking to fundraise? Try Scragglepop Kettlecorn today!
Our Kettle corn has zero trans-fat and is gluten-free, all while popped with no peanut oil.

FREE delivery for orders within 25 miles of Huntington, WV

You can check out all flavors within fundraiser by clicking and going directly to our product listings.

Our fundraiser includes these products:

(each size is pictured above)

Scragglepop is fantastic! Hands down the best kettle corn I’ve tasted. The entire family is excited when we see their stand at games or fairs.

Wonderful product ! Better than any popcorn or kettlecorn out there ! Many flavors available! Great gift especially with the tins they have.

Scragglepop® Kettlecorn was founded in Huntington, WV in the summer of 2008. The Scraggs wanted to make a product that was fresh and sweetly addictive. First they were seen at local festivals, then soon the business began to grow and they found themselves in high demand among Huntington natives. In 2010, Scragglepop® became the official kettle corn of Marshall University. The tents were soon mainstays at all Marshall football and basketball games.

Within a couple of months, Big Sandy Superstore Arena and Pullman Square were added to the itinerary as regular events. In 2012, Scragglepop® was featured in the Herald-Dispatch Business section as one of the up and coming prominent businesses in the region. Production demands increased beyond just bags sold at festivals and other events. Soon Scragglepop® was being made available by delivery and came available in specialty tins. Tin production increased substantially during Christmas time to many hospitals, law offices, and schools. During the expansion, the company also found the need to expand ownership and leaders. Soon a partnership was formed with the West family to provide management and leadership. From that point, the families embarked on many new endeavors including wholesale, fund-raising, multiple franchising units, and rebranding with a fresh, new look.

One thing rings true with every bag or tin…. You just can’t stop, once you try Scragglepop®!

Find out more of who we are and try us out sometime!